SUNDAY SERVICES ONLINE at 10am.

Christianity is unique among world views; it is not a religion (human effort exerted to reach the Divine) but a relationship. God speaks creation into existence, speaks humanity into being, and through His word reveals Himself to us so that we might know Him as Creator and King in our lives. This is what we are made for.

God reveals to us in His Word that humans have rebelled against Him. Sin is not simply specific actions contrary to God’s law, but primarily an attitude of heart and mind which says, “I know better than God.” Sin is the posture of asserting my rule, not God’s, in my life. Sin is broken relationship with God who made us and loves us.

What has God done about this state we are in? The stunning news is that He has taken it upon Himself to reconcile us to Him. He has done this through His own son, Jesus the Messiah (Christ). Jesus was rejected by humanity, brutally tortured, and died, taking upon Himself the righteous judgment and punishment (death) our rebellion deserves, so that we can stand before God washed of our sin. It’s not that sin disappears into thin air, however. Justice demands that sin be paid for. The sentence must be served in full. Jesus does this for all humanity as our substitute.

How do we respond to what God has done? He tells us that we must repent (change course; do a 180) from trying to create and run our own kingdom, and believe in His son (trust in who Jesus is, and what He has done). To be a Christian is to live in response to what God has done. And God has designed us to live in community. The church (a local congregation or gathering of Christians) is God’s goal: His people living in His creation under His rule.

We believe in historic Christianity as revealed in the Bible and summarized in three creeds: The Apostles’ Creed, The Nicene Creed, and The Athanasian Creed. We include them below along with the 39 Articles of Religion from the Book of Common Prayer which express the central beliefs of the Anglican Communion.

We endorse the Montreal Declaration of Anglican Essentials (1994) and the Jerusalem Declaration (2008) as clear applications of Biblical norms for Christian duty and doctrine.

Officially, our Statement of Belief includes:

The Doctrine, Sacraments and Discipline of Christ as the Lord has commanded in His Holy Word and as the Church of England has received and set forth the same in “The Book of Common Prayer and Administration of the Sacraments and other Rites and Ceremonies of the Church” (Canada, 1962);

The Thirty-nine Articles of Religion;

The Montreal Declaration of Anglican Essentials, (1994)

St. John's Richmond Church, in Richmond, BC, Canada, is a Christian Bible-based church for people wanting to worship God in an Anglican setting. We are a creative and resourceful community, loving to share and grow in faith in Jesus Christ.

SUNDAY SERVICES In Person and Livestream at 10am. 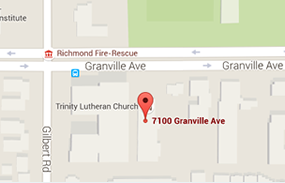 St. John's Richmond Church, in Richmond, BC, Canada, is a Christian Bible-based church for people wanting to worship God in an Anglican setting. We are a creative and resourceful community, loving to share and grow in faith in Jesus Christ.

SUNDAY SERVICES In Person and Livestream at 10am.